Titanium dioxide market prices have always been in an â€œupswing channelâ€ since 2016. The market environment is good, the industryâ€™s attention is high, and policies are favorable. The coincidence of these factors has contributed to the â€œbull marketâ€ of titanium dioxide, and the price increase has gradually become the â€œnew normalâ€.

Yesterday, Lililian had a good start for Jinjiu. The company once again announced the price increase: From September 1, the sales price of various types of chlorinated titanium dioxide was increased, including: domestic customers raised 500 yuan/ton; International The customer raised 100 US dollars/ton. The market has not tangled this is the first few rounds of price increases, price increases have become the new normal, the market may not appear collective soaring, but the breadth of companies and varieties will be extended, continuity will be strengthened.

The new normal, but also because the policy boosts the development of the industry. The year 2016 is the beginning of the national thirteenth five-year plan. Under the guidance of supply-side reforms, â€œquantity upgradingâ€ will transform low-end production capacity into high-end products. The reduction is the reduction of the titanium dioxide industry's own production capacity and output scale, and avoid over-exposure. The need for production and vicious competition. In addition, the degree of attention to environmental protection far exceeds that of the past. It is reported that starting from July 12, the first batch of eight central environmental protection inspectors went to Inner Mongolia, Heilongjiang, Jiangsu, Jiangxi, Henan, Guangxi, Yunnan, Ningxia, etc. 8 Provinces (districts) started to carry out environmental protection inspections and it has been more than 20 days since today. The Central Environmental Protection Inspectorate has all thrown up strong environmental protection storms. According to the information released by eight provinces (districts) in succession, as of now, the number of law-breaking companies and responsible persons investigated and dealt with by eight provinces (districts) have been counted, and the policy aspect of stability is promoting industry consolidation.

The new normal, including good import and export data, accumulated 412,800 tons of titanium dioxide in January-July 2016, an increase of 29.03% over the same period of last year, and the export amount was approximately 636.2 million US dollars. In the first seven months of 2016, cumulative imports of titanium dioxide reached 108,390,000. Ton, a year-on-year decrease of 10.74%, and the total amount of imports was approximately US$256 million. Despite the sluggish domestic demand, good exports have eased the weakness of the market.

Taken together, the titanium dioxide market has survived the downturn and does not belong to the early stage of soaring. The stage of stereotypes has come. More and more companies are increasing their prices according to their own conditions, and other categories besides rutile have room for price increases. Titanium dioxide new normal gradually arrived.


G-motor Agricultural Linear Actuator can be applied for heavy duty equipments,such as harvesters, spreaders, tractors, or seed drills and so on.These equipment are required to carry out linear motion to operate.There are several advantages if you use our ac Electric Linear Actuator :
1.Low-maintenance and no leak;
2.Energy cost-efficient and environment friendly. 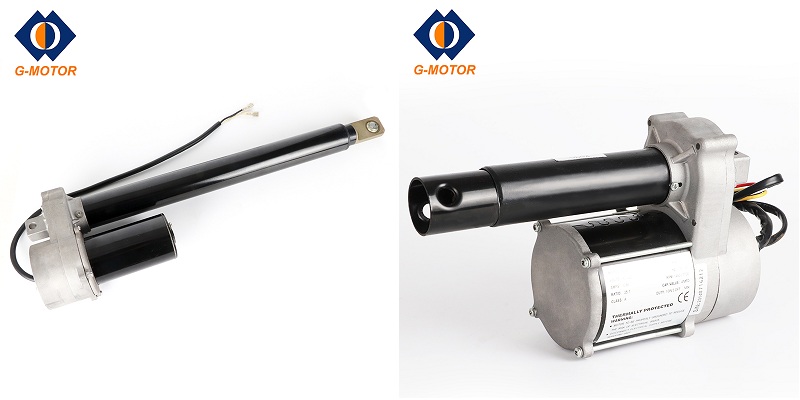