Flotation of polymetallic sulfide ore such as lead and zinc

Multi metal sulfide ores Ore primarily copper, lead, zinc and sulfur. Lead ore or zinc ore of a single metal in nature is rare. Commonly used are lead-zinc, copper-zinc, copper-lead-zinc, lead-zinc-sulfur, copper-lead-zinc-sulfur symbiotic ore. These ores contain more or less pyrite or pyrrhotite. The task of sorting polymetallic sulphide ore is to obtain copper, lead and zinc concentrates respectively, and when the content of iron sulphide is high, it is necessary to obtain sulphur concentrate. When gold or silver and other associated elements are contained in the ore, recycling must be considered.

1. The floatability of lead-zinc sulfide minerals

Galena (PbS, lead 86.6%) - brittle, fresh surface is hydrophobic, easy to float when not oxidized, and floatable after oxidation. Typical collector is a xanthate or black powder, is typically heavy chromate inhibitor, it can not be suppressed oxides. Sodium sulfide is sensitive to the floatability of the lead ore, and the presence of excess sulfur ions can inhibit the flotation of galena.

Sphalerite (ZnS, pure zinc blende containing 67.1%) - very few pure zinc blends in nature, common yellow or black sphalerite variants - iron flash ore, iron content of 0% to 20%, The higher the iron content, the darker the color. Sphalerite also often contains elements such as copper and cadmium , containing up to 2% copper and cadmium up to 1.0% to 1.5%. These elements exist in the lattice in the form of isomorphic exchanges, and some exist in very fine inclusions. Sphalerite is the most difficult to float sulfide mineral. Natural flash ore is more or less activated by copper or other ions in the deposit. Some heavy metal salts such as mercury , copper, silver, lead, cadmium, etc., can activate the flotation of sphalerite. Due to the different impurity content, the sphalerite floatability varies greatly. A commonly used activator is copper sulfate. Cyanide can strongly inhibit sphalerite. Zinc sulfate, sulfite, thiosulfate, sodium sulfide, etc. can all inhibit the flotation of sphalerite.

Second, the separation method and the pharmaceutical system

When flocculating lead-zinc ore with samarium-based collectors, almost all of them adopt the scheme of suppressing zinc and floating lead. The scheme of suppressing lead and floating zinc is rarely used, and it is only used as lead removal of zinc concentrate or dezincification of lead concentrate. There are two types of methods for inhibiting sphalerite: cyanide and non-cyanide.

1, cyanide method - cyanide often with other agents, such as zinc sulfate, can reduce the amount of cyanide, but also strengthen the inhibition.

Cyanide inhibition of sphalerite can lead to better separation of lead-zinc separation, and the process is easier to control. However, because cyanide is toxic and dissolves gold and silver, it has gradually been replaced by a cyanide-free process.

2. Non-cyanide (cyanide-free process) method - The main inhibitors of this method are sulfurous acid, sodium sulfite, sulfur dioxide gas and sodium thiosulfate. It can also be used in combination with zinc sulfate. Such agents are non-toxic and the suppressed sphalerite is easily reactivated.

Copper and lead in copper and lead sulfide ore are often in the form of galena and chalcopyrite. They are similar in floatability. Usually, copper-lead mixed concentrate is obtained first and further separated. The separation scheme should pay attention to the following aspects:

2. When the copper content is large, the lead-free copper should be mainly used;

3. Try to choose a cyanide-free and chromium-free process to reduce environmental pollution.

The flotation process and types of lead-zinc-sulfur ore are mainly due to the large difference in floatability between sphalerite and iron sulfide minerals in the ore. When there is a sphalerite which is easy to float and difficult to float in the ore. When the iron sulfide in the ore is good in floatability, the preferential flotation process should generally be adopted along the activation.

We started making this kind of manual lathe machine since 1955 as one of a leading state-owned companies, which is used for metal cutting or processing as traditional ways, and of great quality upon on more than 66 years experience.

It is with precision ground and hardened bed ways,and removable gap is provided for bigger diameter of workpiece.

Different specification or requirements could be customized based on demands. 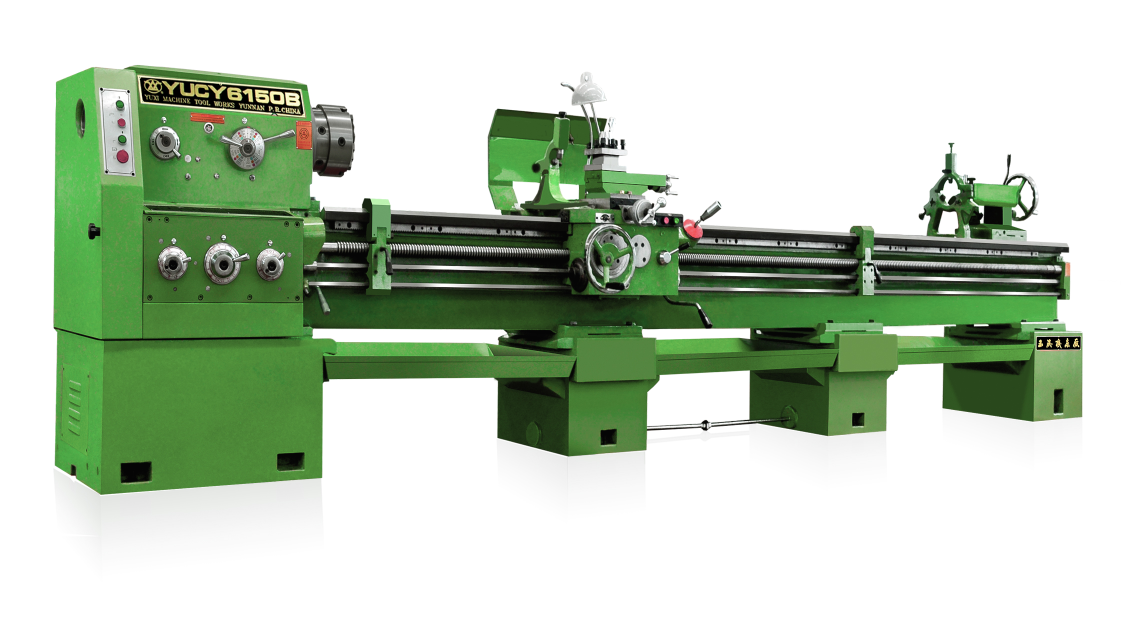